Home » About Us » History

In 1984 the garment export to USA was increased tremendously. And, to cope with the increasing Air Cargo Consolidation, Everest Group established a new cargo company Everest De Cargo Pvt. Ltd. (EDC) as a sister concern of Everest Travel Service (P) Ltd. on May 31st, 1985.

EDC had secured major market share and customer base from the carpet and garment industry. EDC was awarded best cargo sales from major carriers. EDC was appointed as Agent of Tour Royal Air Cargo, Bangkok and through this company we have started to handle the Shah Safari business (The biggest garment importer in USA). EDC was appointed as General Sales Agent of Air Hong Kong on 15th April 1991.

EDC was appointed as Sales Contractor from Nepal by Federal Express Inc. on 31st December; 1990.EDC has been able to grow from an early pioneer to market leader in Nepal. It has expanded to become a renowned freight forwarder having affiliation with reliable international agents. EDC has been in top two freight forwarding company and being felicitated by Nepal Chamber of Commerce every year since over a decade. 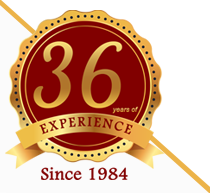